Intro to the SPF Troubleshooting Guide

The Sender Policy Framework (SPF) is an email-authentication technique which is used to prevent spammers from sending messages on behalf of your domain. With SPF an organisation can publish authorized mail servers.

This SPF Troubleshooting Guide wants to provide an easy way to solve common issues and mistakes while dealing with SPF records. It’s meant to be read and used by everyone, regardless their level of knowledge and understanding of Email Authentication.

In order to make this SPF Guide a true “Field Manual”, the main focus is on Common Mistakes (and Solutions) with regards to SPF Records.

At the end of this guide you will find a detailed description of SPF Syntax and elements. If you are interested in learning SPF and Email Authentication in more detail, Top Deliverability provides Advanced Deliverability Courses.

For the purpose of this SPF guide, this is all that you need to know:

SPF is published as a TXT record on the DNS of a sending domain.

An SPF policy consists of multiple terms separated by whitespace. A term can be a modifier (such as v or redirect), or a matching mechanism (such as a, mx, include, etc.).

A matching term has the following format:
[prefix][mechanism][:value]
The prefix determines the SPF validation outcome that the receiver should apply to the message if the sender matches the term. Allowed values are + (pass), ? (neutral), ~ (soft fail) or - (fail). The prefix is optional, if no prefix is defined, it defaults to pass (+).

The mechanism determines how to match an IP address against the term, supported values are a, ipv4, ipv6, mx, include, exists and all.

The value portion of a term is optional, and depends on the used mechanism. For most mechanisms the value allows you to point to other domains, and if omitted it defaults to the current domain.

A very common issue. A domain can have only 1 SPF record. Having more than 1 SPF record will inevitably cause issues and authentication errors.

HOW TO FIX IT: combine them in one and removed the other records.

Too many DNS lookups

The evaluation of an SPF policy may not exceed 10 additional lookups. The DNS query for the SPF policy record itself does not count towards this limit.

This means your record cannot generate more than 10 references to other domains.

Every instance of parameters “include”, “a”, “mx”, “ptr”, “exists”, “redirect” will generate one lookup. Additionally, if any domain that is referenced in an “include” contains another instance of those parameters it is also counted towards the 10 lookup limit.

A validator (the receiving email system) must not proceed after 10 lookups, and reject the SPF validation with a permerror error.

HOW TO FIX IT: remember that certain mechanisms, such as ip4, ip6 and all don’t count against the limit of 10 lookups. The “exp” modifier does not count against this limit because the DNS lookup to fetch the explanation string occurs after the SPF record has been evaluated.

In fact, in this example

You will need to remove all the redundant information

v=spf1 a include:_spf.google.com ~all <– correct

SPF records should start with “v=spf1“.

HOW TO FIX IT: Make sure the txt records starts with v=spf1.

The PTR mechanism has been deprecated in 2014 (check RFC7208 Section 5.5 for more info). It should not be used.
Some large receivers will skip the mechanism – or worse they’ll skip the entire SPF record – because such mechanisms cannot be easily cached. Imagine a large receiver doing a PTR lookup for millions of different connections… the size of the local cache explodes.

HOW TO FIX IT: just remove ptr mechanisms from your SPF records. In many cases a ptr mechanism can be replaced with the a mechanism.

Therefore, it is common for email services which instruct you how to set up your SPF to show those quotes in the example. You should not include those quotes in the record. If your record starts with "v=spf1 and not with v=spf1 , it won’t be recognized.

HOW TO FIX IT: just make sure to not include the quotes on your record! you can check your record with the dig tool.

SPF records have a 255 character string limit. Any record longer than 255 characters will fail the authentication check.

HOW TO FIX IT: It’s theoretically possible by combining multiple strings 255 characters long (up to a total of 4,000 characters) but this is not recommended.

you need to optimize (“minimize”) the SPF record by removing any extra mechanism or legacy ESP records and making good use of includes. The ptr mechanism has been deprecated years ago, so make sure to get rid of it – if you still have one in your record.

An SPF record is interpreted from left to right, the all mechanism will match all senders that did not match the preceding mechanisms.

HOW TO FIX IT: You should place the all mechanism at the end of the SPF record, and use it with the ~ (softfail) or - (fail) prefix. Do note that if no prefix is set, the + (pass) is used by default.

EXAMPLE OF PERMISSIVE ALL MECHANISMS:
v=spf1 mx +all <– this allows everyone to send email with your domain
v=spf1 mx ?all <– this is a neutral prefix, which does the same as +all
v=spf1 mx all <– no prefix, so +all is used
v=spf1 mx <– no all mechanism, +all is assumed

HOW TO FIX IT: always double check your SPF record and make sure to test/validate it using an online tool.

When SPF was first standardized in RFC4408, a new DNS record type named SPF was also specified. To accommodate rapid adoption of SPF, RFC4408 also allowed the use of the common TXT type record in case the SPF type record wasn’t supported by the involved systems. The official recommendation (back then) was to publish both types.

But this dual record solution caused more issues than it was intended to solve, most notably situations where an administrator would accidentally update one type but not the other. Adoption of the SPF type record didn’t pick up as hoped. So, when the SPF standard was refreshed in RFC7208, it was decided that the use of the SPF record type would be dropped in future versions.

HOW TO FIX IT: Although the SPF type DNS record is not deprecated just yet, you shouldn’t rely on it. And since it is always required to publish SPF as a TXT type anyway, we recommend only using the TXT type record to prevent accidental mismatches between the two.

It’s an advanced (and smart) way of implementing SPF. You can learn more taking one of our Advanced Deliverability Courses. 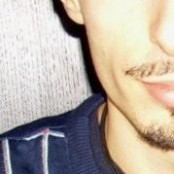 Nicola Selenu is a recognized leader in the Email Industry (with almost 15 years of professional experience as an Email Marketing and Deliverability Consultant) and an active member of the Anti-Abuse community. Some (of the many) brands that proudly served during his career in Email are: Adobe, Nestlé, Expedia, Gucci, Bulgari, Luxottica, UNHCR, Amnesty International, LastMinute, Acer, Groupon.